Following the reveal of Malta’s 2019 budget, it’s easy to get lost in all the hoopla that surrounds new proposals and developments – especially when the main question you want the answer to is ‘what’s in it for me?’ In this blog post we will be breaking down 4 new government incentives that will save you money, as well as a number of developments in technology, the property market and general economy.

This new scheme will facilitate property ownership for anyone over 40 through purchasing property as a joint partner with the Government.

John is a 46-year-old professional and has been renting an apartment for a few years since separating from a previous marriage. With retirement occurring in less than 20 years, John has found it quite difficult to finance the purchase of an apartment through a commercial bank loan, as the loan can only be honoured until his retirement age.

Through the Equity Sharing scheme announced in the 2019 Budget, John would be able to purchase half the property, with the government purchasing the other half. This would result in more affordable monthly repayments. John would then have the option to either buy the other half from the Government or pay rent on the portion of property owned by the Government.

VAT rates on musical instruments has been reduced to 5%.

Gabriel is an 18-year-old student with a passion for music. Over the summer he has been saving up to purchase a guitar that costs €999 excluding VAT.

The Government will be launching property transfer tax incentives for property owners renting at affordable prices.

Claire has purchased a second apartment for €190,000 with the intention of renting it out for a number of years and eventually selling it off at €230,000, once it increases in value. Given the scenario, she would have to pay property transfer tax of €18,400 (8% of the transfer value) once the transfer is complete.

Further to this, the 2019 Budget also promises the following developments:

Do you have any questions about the 2019 budget? Just drop us a line and one of our team members will get back to you as soon as possible! 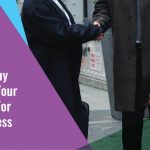 5 Reasons Why Investing In Your Staff Makes For Better Business

A Quick Guide to Malta's Taxation of DLT Assets 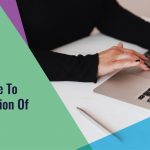 The 2022 Budget: How will it affect your business?

A Simple Guide To Filling Your TA-22 Form

The 2021 Budget: How will it affect your business?

The 2020 Budget: How will it affect your business?

Submission of Audited Financial Statements for BY 2021

See all of December